We finally arrived into Las Vegas after a very, very long flight from Ecuador. We went straight to our hotel (Caesar’s Palace) and checked in.  After hiking through Peru without showering and then washing up in the tiny ship bathroom in Galapagos…it was nice to indulge in the Vegas amenities.

Over the next four days, we slept in…ate plenty of good food…caught up on the Internet and of course gambled a bit.  We also did some very specific shopping…we have a wedding to go to in California with nothing to wear besides our backpacking clothes.  Luckily Caesar’s Palace had a promotion going on and offered a complimentary shopping gift certificate just for staying at their hotel.

After some looking…Giff found a suit and had it tailored and I found a dress.  The 4-day stay in Vegas was nice and relaxing for me, but for Giff…I would say he left a bit sleep deprived.  Self discipline for him with blackjack and craps only seconds from our hotel room was not so good!  But we have had a good time and we will be back next week to celebrate my brother’s 21st birthday.  First, we are flying into Los Angeles and attending a wedding for our friends, Bobby & Amber…we are so excited to share that day with them.   It will also be nice to see some of our other friends from home.

Our flight leaves first thing in the morning and our friend Michelle is picking us up at the airport and we are all driving straight to Ojai for the weekend…should be about a 2 hour drive. 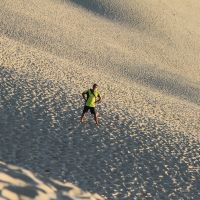 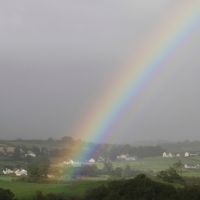 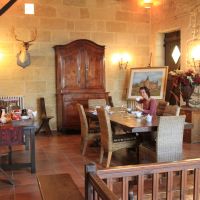