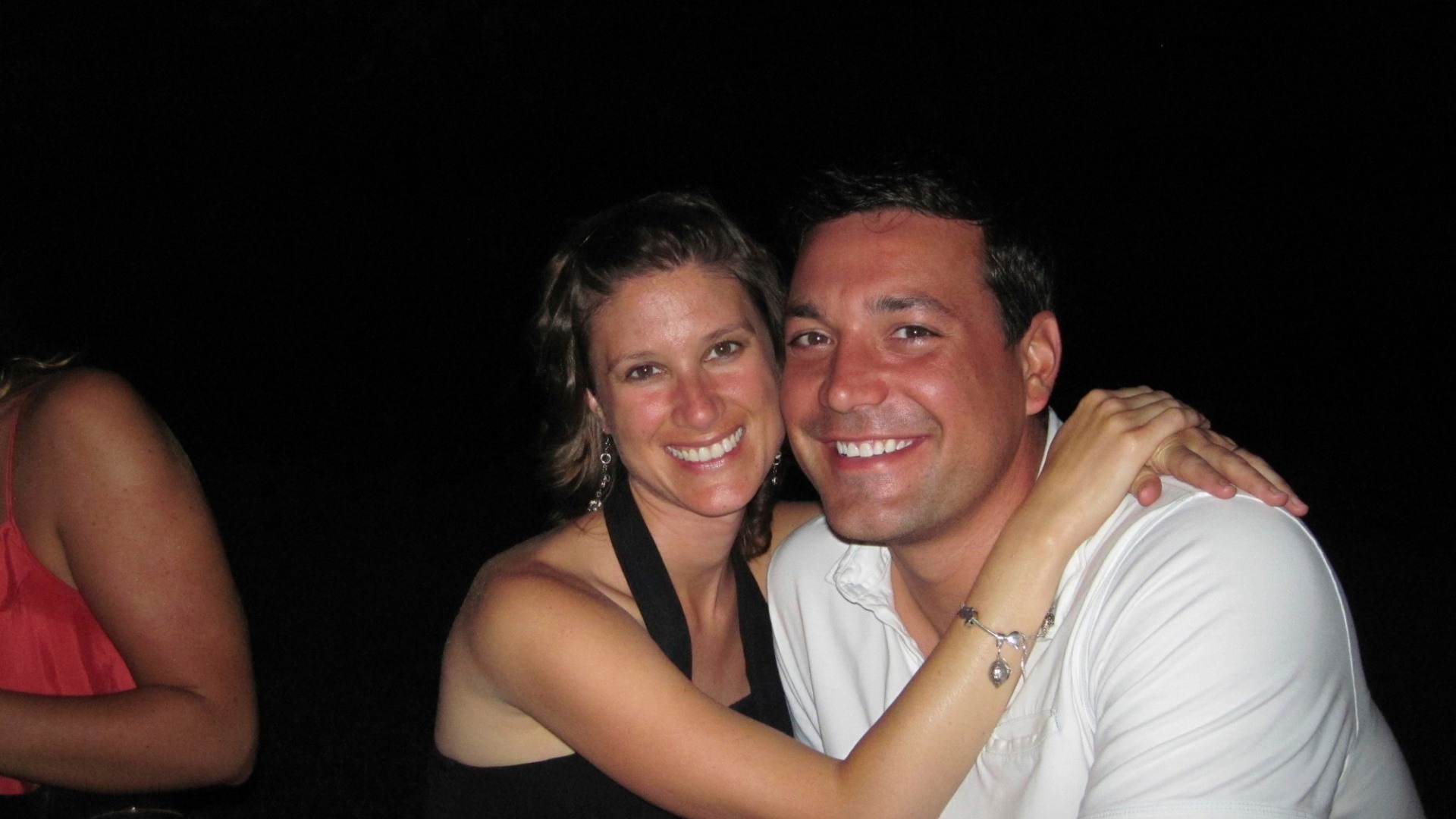 Our super short 45 minute flight from Vegas to LAX went by fast.  We grabbed our bags at baggage claim and jumped in the car with Michelle and her boyfriend, Jason.  It was fun to catch up with them during the drive…they gave us scoop on the stuff we had missed while traveling abroad.

A couple of hours later, we arrived into the small town of Ojai.  We drove straight to the main resort where the bride was having the girls hang out poolside with champagne in hand.  The boys took the car and checked into the hotel while Michelle and I chatted with the girls.  Amber, the bride looked relaxed and happy…her big day she had been planning for what seemed like forever was finally here.

After our girl bonding time, Jason came and picked us up to bring us to the hotel.  Giff evidently was taking a nap.  I was pounding on the door and calling his cell phone but no answer from him.  After knocking on the window (since the door wasn’t working), Giff looking like a zombie awoke from his deep slumber and finally opened the hotel door.  Perhaps only 2 hours of sleep in Vegas was catching up to him!

After nap time, we got ready and went to the rehearsal dinner with our friend Kim.  Dinner was in the yard of a little pizza shop in old town Ojai. It was the place Bobby and Amber went on their first date…too cute.

After dinner, we all went to a bar down the street with an excellent live band.  We had fun sharing a few beers with friends and catching up…but were careful not to be out too late since the wedding is tomorrow.

The wedding was beautiful and so romantic…I think just about every girl watching the ceremony had tears in their eyes.  After the ceremony we had a few drinks at the cocktail hour before being seated for dinner.  The al fresco dining was classy and the balls of lights stringed above our heads added a nice touch.  We ate, drank and chatted the night away until the wedding reception came to a close.

Of course the party didn’t stop there, we all made our way to a local bar.  We were only there for a short time when a few of us decided we were hungry and needed some late night food.  Our friend Kristina was leading the way…she knew of a Mexican restaurant around the corner.  It ended up being the most random fiesta being held in a parking lot with mystery meat tacos being dished up.  Some of you may be thinking…probably not such a smart idea to eat mystery meat at 1AM in a parking lot, but not us.  We all got in line and ordered until we were full.

Nothing like random minced meat to digest as we made our way back to the hotel and fell asleep.  We had a great weekend in Ojai…good times with good friends.

Feeling a bit sleep deprived and dehydrated from last night’s cocktails…we rolled out of bed and met some friends for breakfast at an old-school diner in the town center of Ojai.   After breakfast, we drove back to LA with our friend Kim…who drove us to our car which was being stored at Giff’s uncle’s house.  After catching up with Giff’s uncle Tony we drove our car to Hermosa Beach to visit and stay with our friends Jen and Tim.  We have a long list of stuff to do tomorrow before we go back to Las Vegas to meet my brother for his 21st birthday and first time to sin city!