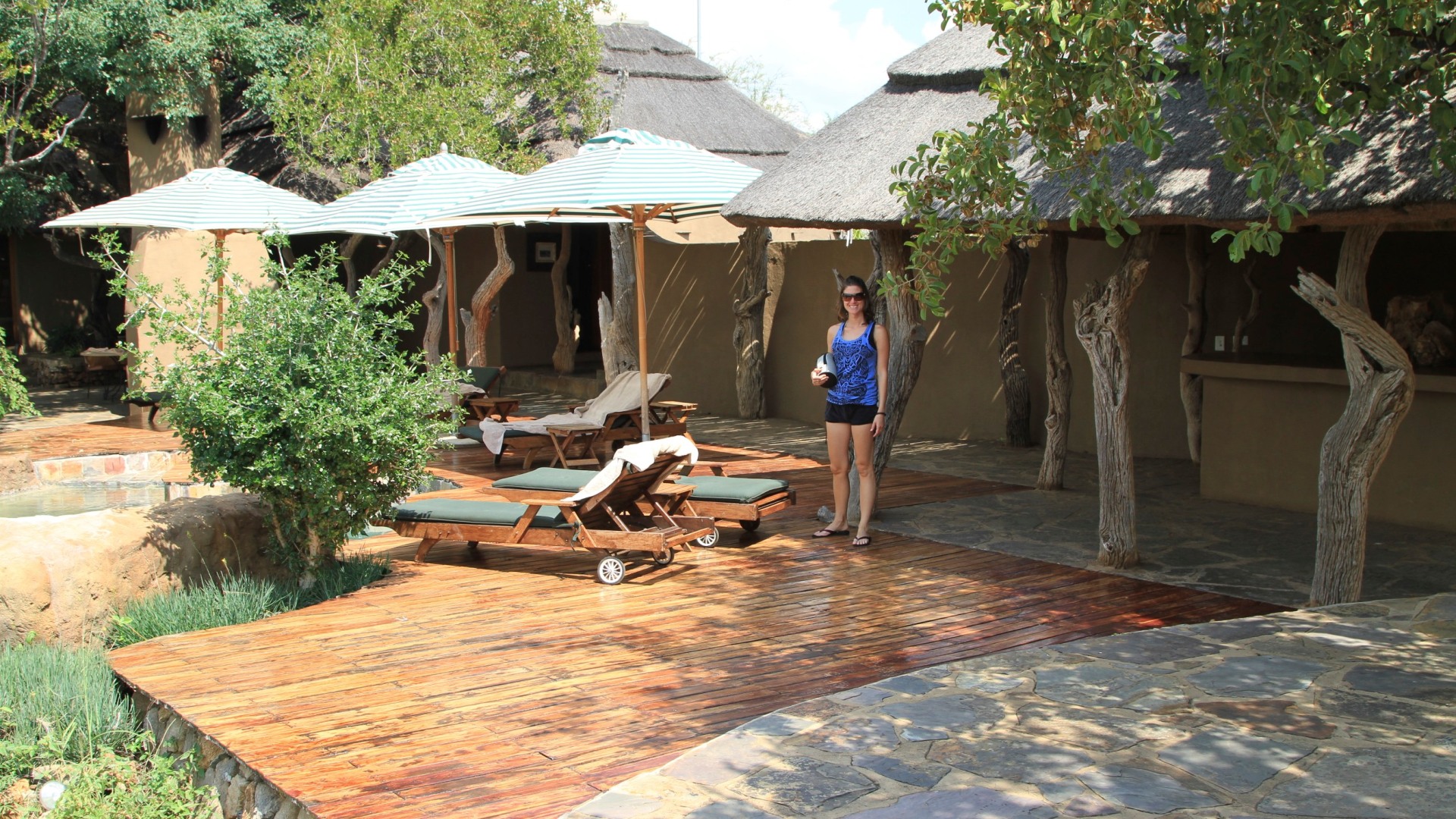 OH MY GOSH….our afternoon drive was super amazing!  Wait until you see all the pictures and videos…wow.

We were all focusing on the bush looking for animals when we first saw the warthog family…these guys were straight out of Lion King…they stared at us and then all together started singing Hakuna Matata, ok maybe not but these guys were definitely inspiration for the characters in the movie.  They hung around just long enough for us to get a couple great pictures and then quickly made their way deeper into the bush and out of sight.

We continued driving looking around for our next discovery…when we saw a huge elephant on the side of the road eating some leaves.  He was very close to the jeep and tolerated us taking pictures and video for quite a while.  He was about 4 1/2 tons in weight and was a male.  He was flapping his ears back and forth and the ranger told us that meant he was hot and was using his ears to cool himself off.  He started walking on the road towards the car and picking up a little bit of speed as he stared at us…for the record, he could easily knock the jeep over, he is much heavier.  The ranger started the jeep and was moving in reverse as the elephant came closer…it was a little intimidating but exciting.  Eventually another jeep arrived to show its guests the elephant but he  got a little annoyed so started charging the jeeps.  We backed up again, but the other jeep revved its engine to scare the elephant.  He stopped and walked over to the side of the road back towards the bushes obviously upset.  It was a shame to see the other ranger playing a who’s got more power game with such an amazing animal…we were after all out in the elephants territory.

We left the elephant to find our next adventure, along the way…we saw a couple of turtles slowly crossing the road, a ranger told us it was good luck to see one so we should have very good luck being we saw two!  Our ranger was told over the radio that a lioness and her two cubs were walking down the road…he explained the animals also use the dirt roads because it is faster to travel that way rather than through thorny bushes, and they also could see where they were walking instead of landing in piles of mud etc.  We drove to the road the lions were supposedly walking on and arranged ourselves so that if they were still walking on the road, they would literally have to walk right by us!  We pulled over to the side  and waited…

Then…we saw them, mom was walking in front and the two baby cubs were walking right behind her!  The ranger said they probably had walked far to find water and were on their way back to whatever meal they had killed.  I was sitting closest to the lions as they came right up to our car to walk by us…Giff handed me the camera which we did slowly as not to alarm the lioness, especially since she would be super protective of her cubs.  I have to admit, I kind of froze…I could have reached out and touched this large lion and totally fumbled with the camera…I did not want to be her next meal (Giff was mad).  The ranger told us…the animals see the jeep as one unit but if anyone was to stand up…then the animals would become uneasy.  Also, we were not to make any sudden movements…these are wild animals and being the jeep is completely open-air, these lions could jump into the car in one small leap.

When a lioness is about to give birth, she actually leaves the pride by herself…has the babies and then stays out on her own with them for a couple of months bonding and feeding them.  She then will introduce them into the pride and all lionesses within the group will also be lactating so they can all feed each others cubs.  Interesting huh?    The females in the group stay with the pride forever but the male cubs are kicked out by the dominant male by age 2-3 years old.  These males are forced to leave and find their own pride or sometimes latch onto another lone male to increase the chances of successfully taking over a new pride.  When a pride is taken over by a new male…all the cubs will be killed so the lionesses will quickly get back into breeding condition.

Since these rangers are out everyday on safari drives and have worked for multiple years in the same reserve…they really begin to see which lions are part of which prides etc.  He said this lioness had not yet re-joined her pride yet and the two-year old male from her last litter was still hanging around her…but would soon be chased away by the other males.  It was so cool to be seeing these little baby cubs following their mother down the road, they all stopped for a drink of water at the puddle on the road.   The two little ones played around with each other like big cats…except, they had huge claws and sharp teeth…our cats would certainly not want to play with them.

We left the lions and drove over to an area which had a huge pond, a good place to see animals, and standing there by himself was a huge wildebeest (wild cattle).  He was standing very still and had the mountains behind him and the bush all around him.   We hadn’t seen a wildebeest before…it was a very strange-looking animal, kinda ugly to be honest.  After seeing another herd of impalas, we pulled over for a snack and to stretch.  The sunset was absolutely gorgeous with colors of orange and pinks, we took pictures, drank a beer and enjoyed our surroundings.  As we stood there…knowing animals were behind the bushes somewhere, we saw a brown hyena walking towards us.  This was the second time we saw a brown hyena which our ranger said was very rare…usually the spotted hyenas are seen but not the brown.  He was walking towards us but as he grew close, made a turn so that he would be out of sight.

We bundled up for the ride back (once the sun sets it gets quite chilly) and were looking around for nocturnal animals.  We did see a spotted owl which stood perched on top of a tree, turning his head all the way around.  As we kept driving, we all started laughing…the jeep was driving fast to get back to the lodge and a million bugs were hitting us since there was no windshield to catch them.  We had all kinds of bug juice and beetles stuck in our hair…ick.

Back at the lodge, the staff was waiting with a glass of port to welcome us and we got cleaned up before sitting down to a nice hot multi-course meal outside by the fire.  We had some wine and relaxed for a bit until we had to get to bed…we will need to be up again at 5AM for the next drive! 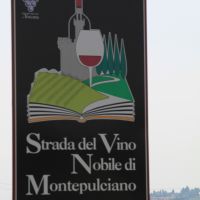