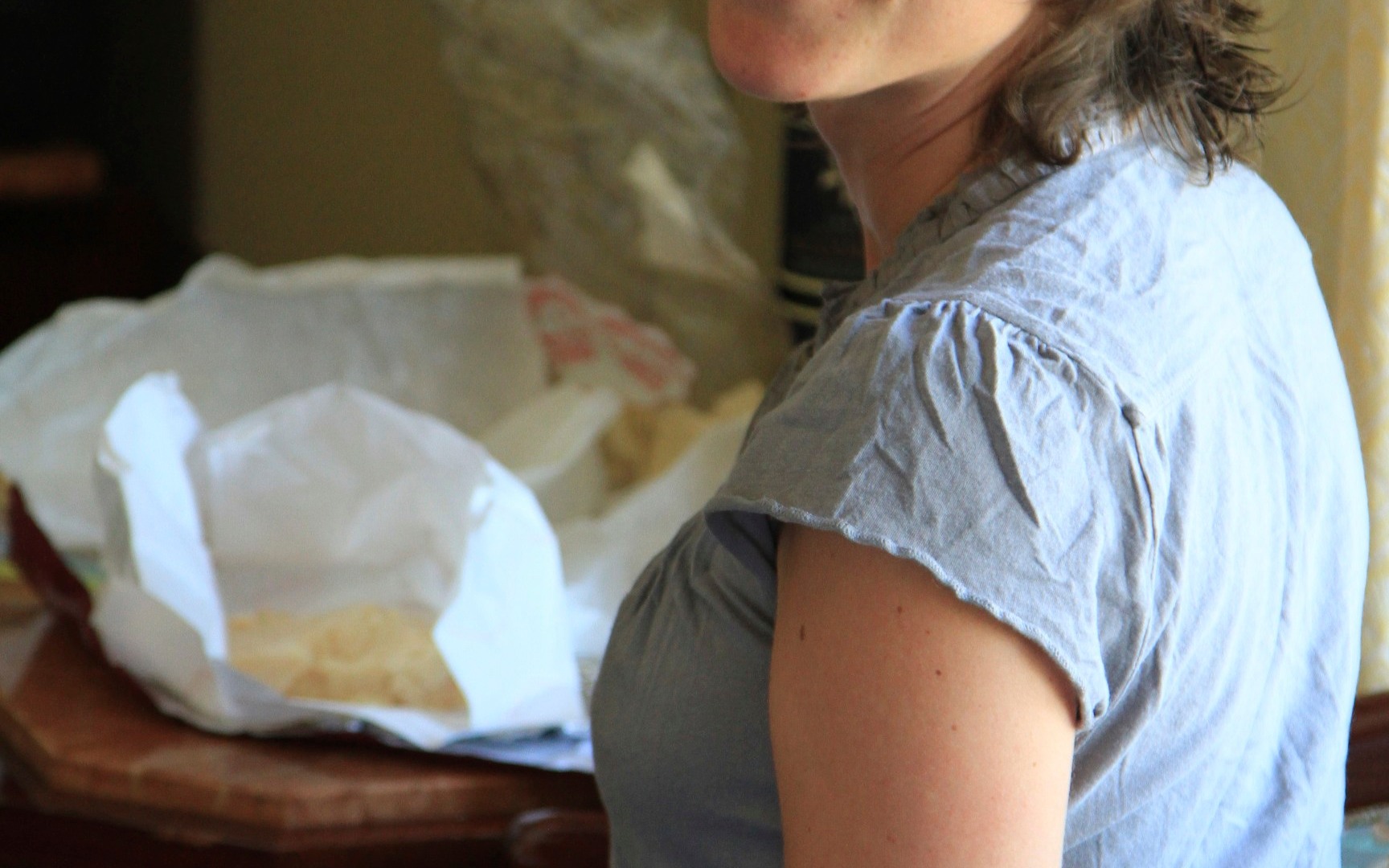 After sleeping in, eating a leisurely breakfast and catching up on internet stuff we were in the car and on our way to Pio Tosini to tour their Parma ham factory.  They are one of the oldest Parma Ham producers in Italy.

Upon arrival we were given a white hat to keep our hair back and a white jacket to cover our clothes before we were allowed into the factory.  Our guide was giving us a private tour and today was a great day to tour being the factory workers were in high gear processing the fresh pork.

As soon as we walked in, we saw many workers hard at work.  The first room was where the legs of ham were being received.  There were inspectors for Pio Tosini approving or disapproving the legs coming off the trucks.  They have to be a certain weight and have a certain amount of fat amongst other specifications in order to be accepted by the factory.  We saw racks of raw pork legs rolling by us as they were coming into the factory and getting the factory stamp to mark the date received.

The next room was where the conveyor line was set up…the ham was placed in the machine where it was massaged and then salted by hand by one person on the line.  It is up to him how much salt is to be placed on the leg.  The ham is then placed in a huge refrigerator for some time before going back through the salt line again.

Our guide then took us upstairs and opened another huge refrigerator…again filled to the rim with ham.  There are very specific time periods the hams rest in each refrigerator and they are also given a bath upstairs….cleaned thoroughly before going into the next part of the factory.

After the legs have been approved, massaged, salted, bathed and rested for several months…they are placed in a large temperature controlled room where a group of people rub on a type of pig fat mixed with pepper (looks like Crisco) by hand.  It goes on the exposed muscle tissue of the leg.  This helps to keep some of the air out and the meat moist.  They hang side by side with this grease on for about a year before they are ready to be stamped with the golden crown.

An outside inspector from the consortium comes in with a horse bone which is long, skinny and pointy, and enters the bone into five different points on the ham leg.  The bone is quickly pushed into the ham and then quickly lifted to the nose.  The inspector is smelling to make sure the inside smells good.  If it doesn’t pass the test then it is not given the stamp which is literally a crown and states “Parma”.

It was so interesting to see how complex the process of creating this Parma ham was and we got to see both the fresh ham and the final product.  We took plenty of pictures and a quick video (see below).  Tomorrow we will be visiting another factory to compare and contrast.

We thanked our guide for the free private tour and headed back to our hotel after a quick stop at the grocery.  We stayed inside sprawling out on our bed with our specialty shop picnic goodies and fresh veggies from the grocery while settling into a movie. 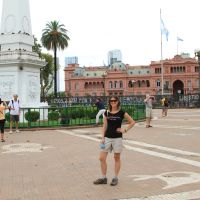 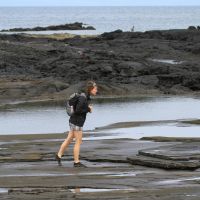