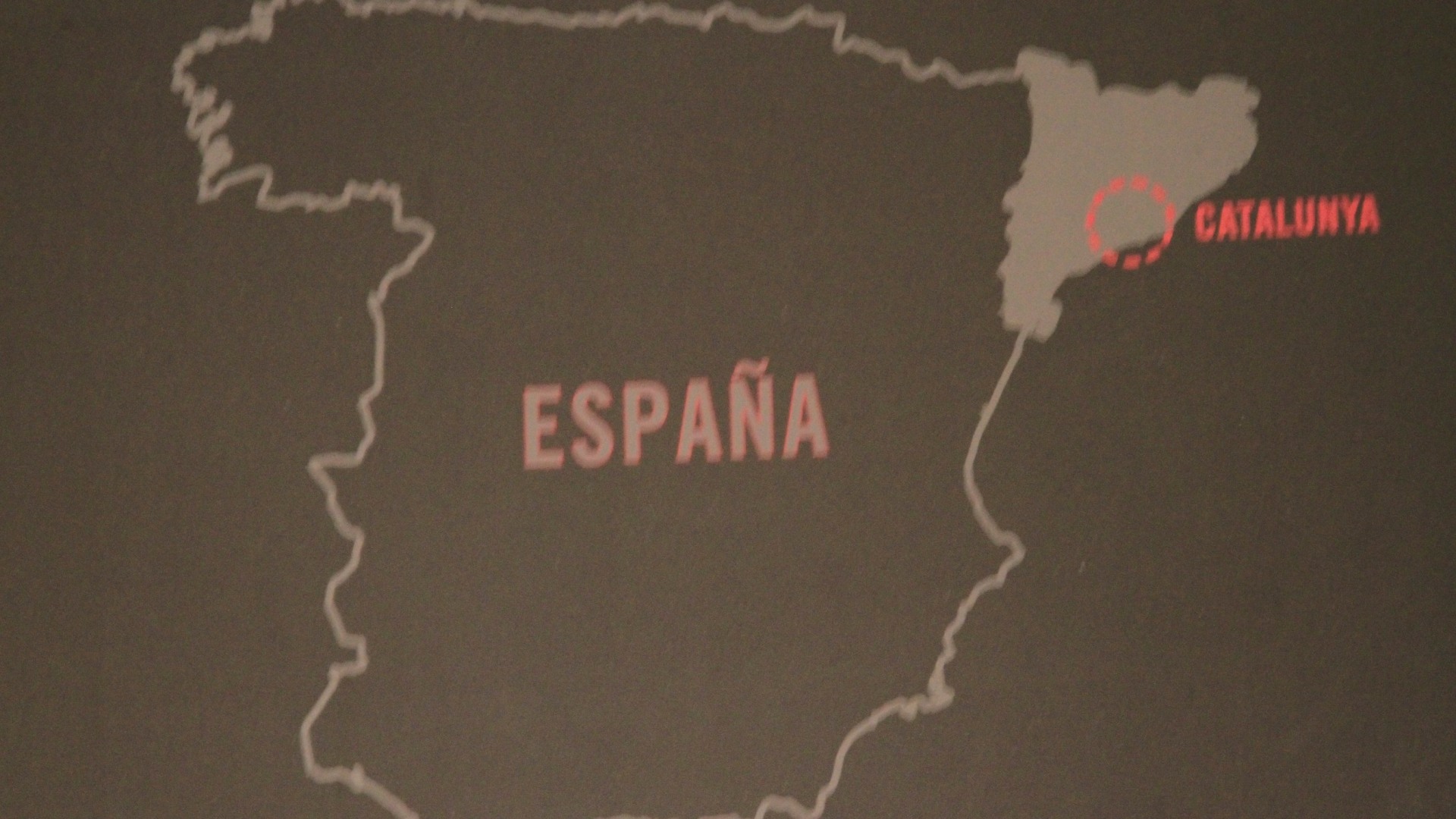 Today we slept in, walked downstairs for breakfast and walked right back to our room where we stayed in our PJs for the entire day.  We needed a lazy day!

For dinner, we decided “when in Spain” and went tapa bar hopping.  The first stop was a nice wine bar.  We ordered two tapas since they were a bit pricey.  The first was tuna tartare and the other was tomato rubbed toasted bread as well as two glasses of wine.  Both were very delicious.
Second stop was a place that had at least 20 different little tapas to choose from.  As we sat at the bar, they gave us each a placemat which had a picture of each type of tapa as well as a number by it so when the bartender came over to take our order, we chose by number.  We ordered six to start with and two beers.  All of these were about three bites (Brandey bites not Giff bites) and were different things placed on a slice of a baguette.  We had two favorites, one was a ball of some type of potato mixture fried and placed on the bread and the other was a mimi skewer of shrimp and spices.
Our third and last tapa bar of the night happened to have two bar stools open so we sat and ordered three more.  This place also gave you a paper placemat with pictures of each tapa.  As we were eating we noticed the couple next to us spoke some English…they told us they were from Israel!  Being that we will be in Israel in June, we picked their brain for must see places before heading back to our hotel.