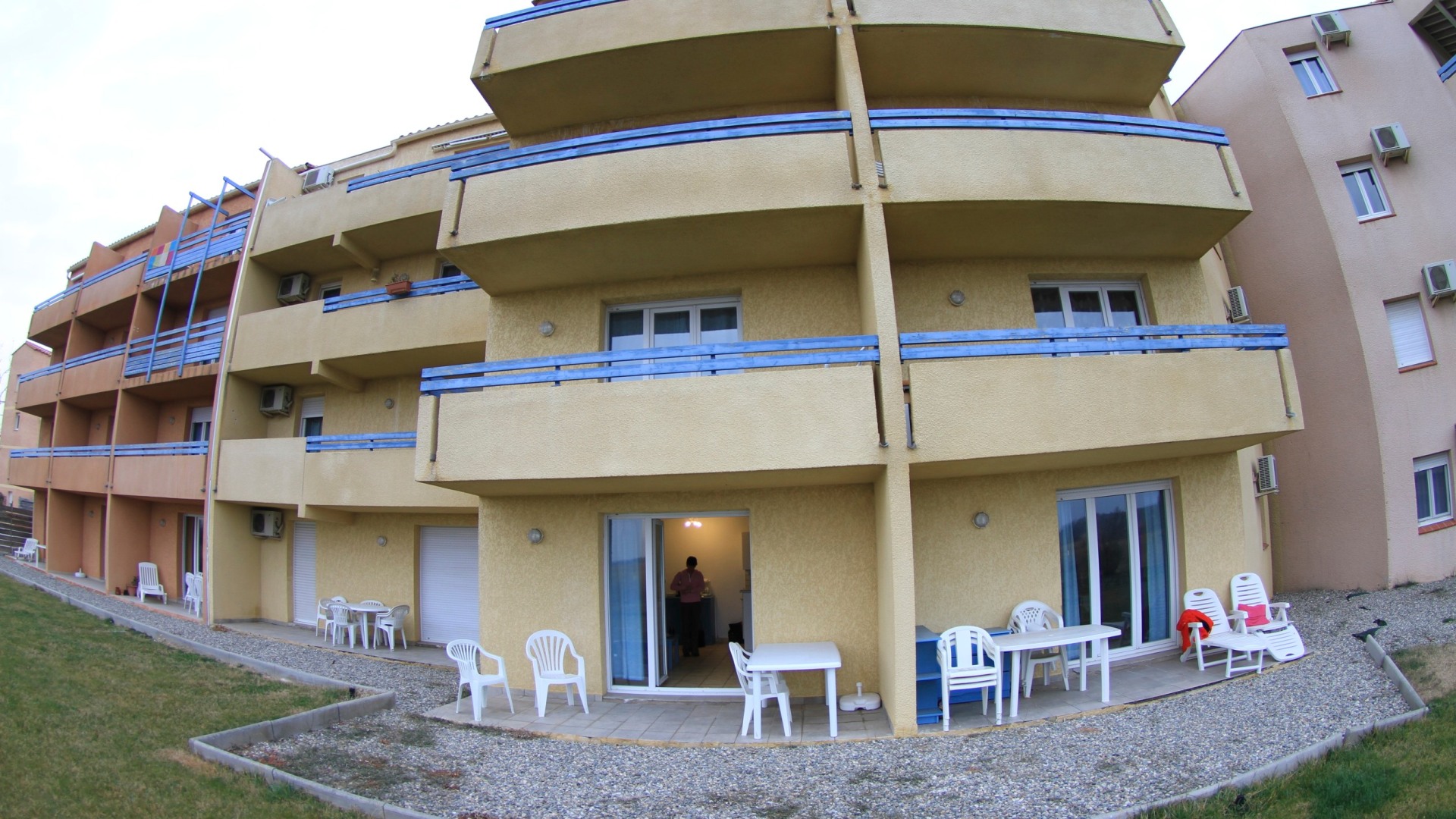 Today we headed south along the coast to see some cute beach villages.  Along the way, we saw a sign for Chateau de Rey for wine tasting.  I mean, someone has to stop in to taste the wine right?  Wouldn’t it be rude to just drive past without a little taste?  We walked into a little wine shop where barrels were set throughout the room being used as tables for wine tasting.  In the back were huge wine barrels…the largest we’ve ever seen.  You could walk into these barrels and sit on one of the couches or chairs and sip on your vino.  Phillipe the wine owner (his name was on the wall as 3rd generation family member) served us various whites and reds.  He even went into the back and took some wine that was not ready yet…it was still in the barrel and gave us a taste.  It was 100% carignan-a local grape.  It was their first time making a 100% of that grape varietal without blending it.  We asked if we could buy it because it was so delicious…but he said it was not possible…it wasn’t even bottled yet.

Our next stop was a town on the coast called Collioure.  So far, this is one of our favorite towns.  It has a huge fortress wall facing the edge of the water, you could walk along the outside and then as it curved around you were behind the walls of the old city.  We could see where the moat was back in the day, surrounding the town to help keep the enemy on the other side.  We were walking through the little cobblestone streets when we came across a tiny little itty bitty pizzeria.  This place had about five tables.  The guy spoke no English…we walked in and ordered two pizzas (in France, you order your own small pizza…they don’t slice it for you, they bring it out whole and you cut it with a knife and fork).  We really didn’t know what we were ordering but opted for the pizza of the day.  It ended up being very good.  Two types of cheeses, thin ham and potatoes.  I know, it doesn’t exactly sound like something you would order but it actually was pretty good (minus the fact that I saw the chef cough and sneeze on his hand and then serve our pizza-ick).

We finished our pizzas and hopped in the car.  Next stop was Banyuls Ser Mer.  The town was pretty quiet.  Everything seemed to be closed but we got out and walked through the back part of the town in the residential area.  The houses were stacked on top of each other with different colored shutters and we had to climb about 150 steps to get to each set of houses which made it unique.  We were heading back to our car when we saw a “wine cave”-we had specifically come to this town because one of the wine makers told us there was good wine in this appellation.  We walked in and  tasted but learned this area was also more known for their sweet wines.  We thanked them for the taste and got back in the car.

We had two more stops at tasting rooms before we arrived at a little town called Ceret.  It was the village that Vincent Van Gogh supposedly gained inspiration from in his paintings.  The first thing we saw was an iconic bridge connecting 2 parts of the town.  We got out took some pics and then strolled through the village on the search for some chocolates since it was Valentines Day.  Mission accomplished, we purchased some chocolate and headed back to our timeshare where we made dinner, ate chocolates and watched Top Chef-France which was not in English but still fun to watch.