How many people can say they’ve had a picnic in a hail storm?  We had just driven up another windy road with no guard rails.  We were near the top when we found a good spot on the road to pull over and picnic.  We had random things to eat…cheese, bread, a pepper and potato chips.  We were eating and looking at the view when I felt a drop of rain.  Within seconds, there were balls of ice crashing down on us.  These balls were big enough to catch and look at on the tip of your finger!  Well, that ended our picnic…we quickly packed up and headed down the mountain.

On the southern France map there are a handful of little towns which are marked “the most beautiful villages of France”.  We decided to go check a few of these out.  The first one was Olette.  It was a little residential town set inside a group of mountains with a river running alongside.  Unfortunately the hail had turned to rain so we only drove through the town, but it seemed very small and quiet.

The next town was Villefranche de Conflent.  This town was completely within an old fortress wall.  As we drove, we saw mountain and then this huge old fortress wall…but when you get a peek into the doorway, you see there is an entire village inside.  Many european town have an old fortress wall or part of one and then have the newer city on the outside of the wall but Villefranche was completely enclosed-there was no new part, only the old city.  Walking through this village was a whole different feel.  You could really see how the moat was on the outside and the wall was the protector of the village.  We meandered through the little streets acknowledging the fortress architecture.

Our last little town of the day was Eus.  One of those hilltop towns, the cobblestone streets wound upward until the top of the hill revealed the church and bell tower.  It was raining and we only saw 3 people in the entire town…it was just Giff and I and the wild cats exploring the tiny little residential neighborhood.  Where was everybody?

Once back to our timeshare area, we stopped at the grocery (with our own grocery bag) and picked up salad and burger makings.  Burgers, salad and yes…vino! 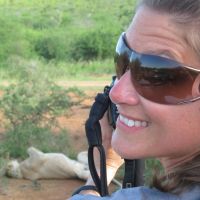