Our early breakfast started with hot porridge at the big wooden table sitting with four other guests at the B&B.  One couple was from the US and the other was from France.  We all chatted while we ate and discussed where we had been and where we were going.
Today we found out why they say if the wind stops blowing in Scotland, all the people will fall down!  The micro-climate of this island was wild…one minute it was windy and rainy and the next minute it was clear and sunny.  The island is amazing, we drove all the way around it stopping to get out and walk a bit and/or take pictures.  At one point the hail was coming down so hard it hurt and we had to walk carefully to keep the wind from blowing us over the cliff.  We took our time enjoying all the views and driving slowly through what felt like another planet.
There were areas of all rocks, then all mountains and cliffs followed by flat land with moss climbing throughout the space.  The cows we saw were long-haired with big sharp horns.  The ocean was a backdrop on all sides of the island making it perfectly picturesque.
We were wrapping up the day and found a local brewery to grab a bite and pint of beer.  It ended up being not such a great choice for food…dinner was a vegetarian nacho dish which looked like it had been sitting in the kitchen for days.  The scotch options on the other hand were great.  It looked like the entire bar was full of a hundred single malt scotch whisky bottles from various distilleries all over Scotland.  We ordered one to share and upon Giff asking for an ice-cube to chill it as he always does…he was informed by the bartender of the proper way to drink scotch which is to add just a bit of water to it which opens up the flavor but not an ice-cube, which would actually destroys the flavor.  I am not a huge fan of whisky (Giff loves the stuff) but if I am going to sip it then I do not prefer the smokey stuff…ick.  If I am going to drink a single malt, I prefer the sweeter, smoother type such as the Macallan 18yr.  Giff on the other hand prefers it smokey.
We left to head back to our B&B but realized it was kind of early and one more pub couldn’t hurt…we found what looked like a local pub in the town of Portree which was within minutes of our place.  We sat at the bar and ordered what we  thought would be one beer but turned into several as a couple of locals pulled up stools next to us to talk as hours passed by.  They warned us of the 80 mph winds that were suppose to hit Skye tomorrow and said that neither of them would be leaving the house and suggested we stay in as well.  The problem with that was we have to be on the road back to Edinburgh (a five-hour drive) where we are staying tomorrow night.  Not an ideal situation, maybe they were exagerating….we decided to look online when we got back to our place.
We finally got out of the bar and back to our B&B where we filled out our breakfast forms and saw that there were severe weather warnings for tomorrow…we went to bed. 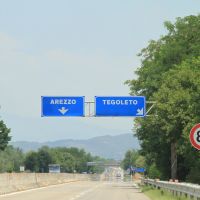