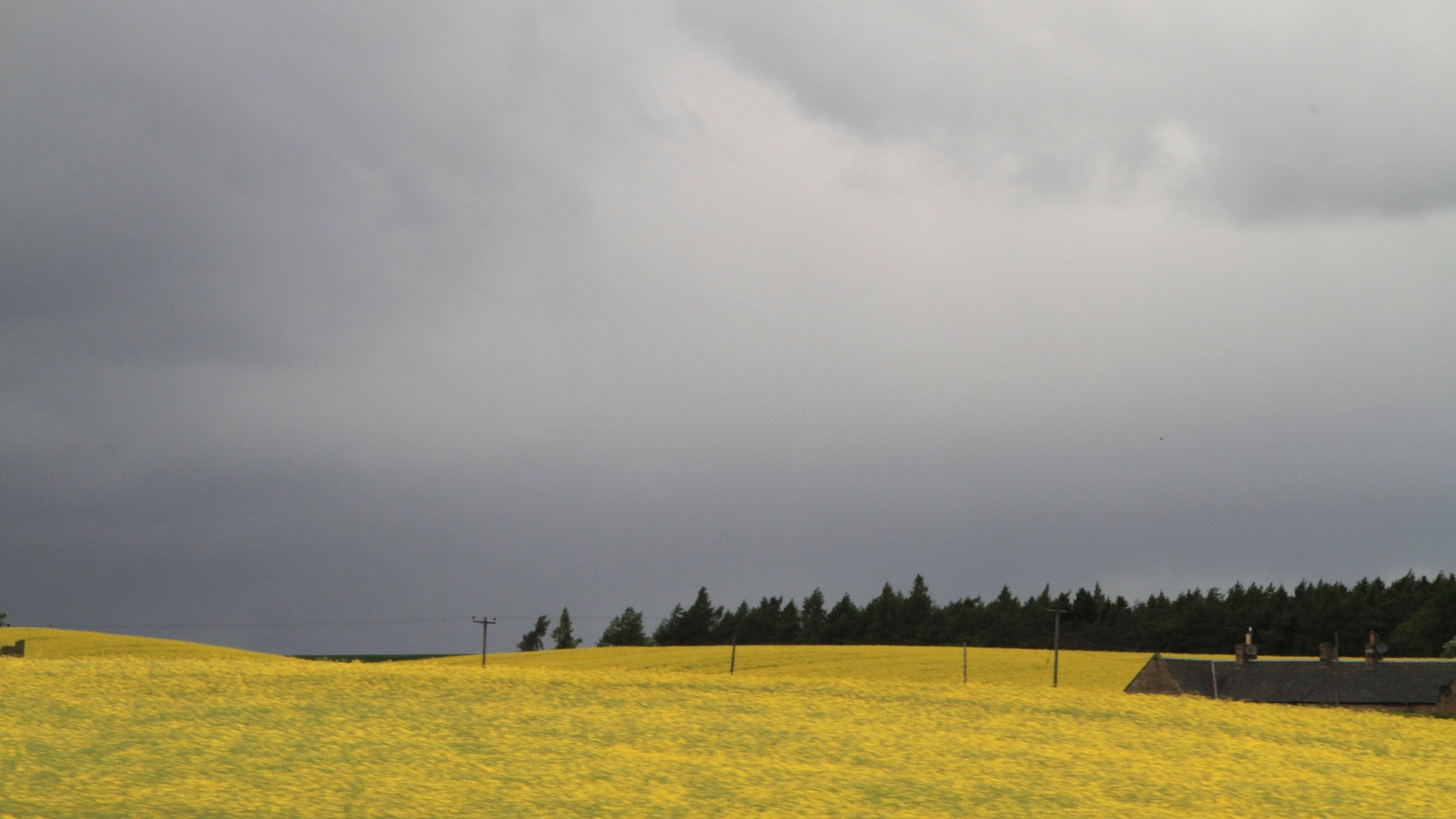 Today is our six-year wedding anniversary !!  After breakfast we checked out of our hotel and drove through the countryside to the town of Stirling, known most for the battle of Stirling Bridge and the William Wallace Monument.  William Wallace (a national hero of Scotland) was fresh in our minds since we had re-watched Braveheart (one of Giff’s all time favorite movies) in our hotel room this week.  He had insisted that I watch this movie while we visited Scotland. We first visited Stirling castle, then grabbed a healthy salad, soup and sandwich at an artsy cafe in the old town of Stirling called The Junkrooms.

Because we were running short on time, we drove straight by the Stirling Bridge towards the Wallace Monument.  The monument was made of stone and stood 220 feet tall, towering above the city.  We pulled into the parking lot of the monument and took the 10 minute hike up to the entrance.  Once we walked in we saw a huge narrow spiral staircase winding all the way to the top.  Each floor had an open room with various informational presentations on William Wallace and other iconic historical figures.  It also had Wallace’s sword tall and proud behind a glass case.  After listening and reading information on each floor we found our way to the very top where we enjoyed the breathtaking view of the city and the countryside.  The wind was whipping hard and we had to ground ourselves as we took the camera out to snap a few pics.

After climbing back down the stairs and hiking down the hill we drove to a small deli to grab some munchies for the long drive to Inverness.  The drive was about three hours which had us arrive at our B&B, the Strathness House pretty late.  We checked in and quickly headed to an Italian (our favorite) restaurant for our anniversary dinner.  The restaurant was cute sitting on the corner overlooking the river.  They gave us a table right by the window.  We enjoyed our dinner of fresh fish and vegetarian lasagna with an Italian wine and tiramisu for dessert.  We then went to bed for a good night sleep after a busy day.

3 Replies to “Day 102 of 400: Stirling and the National Wallace Monument – Scotland”