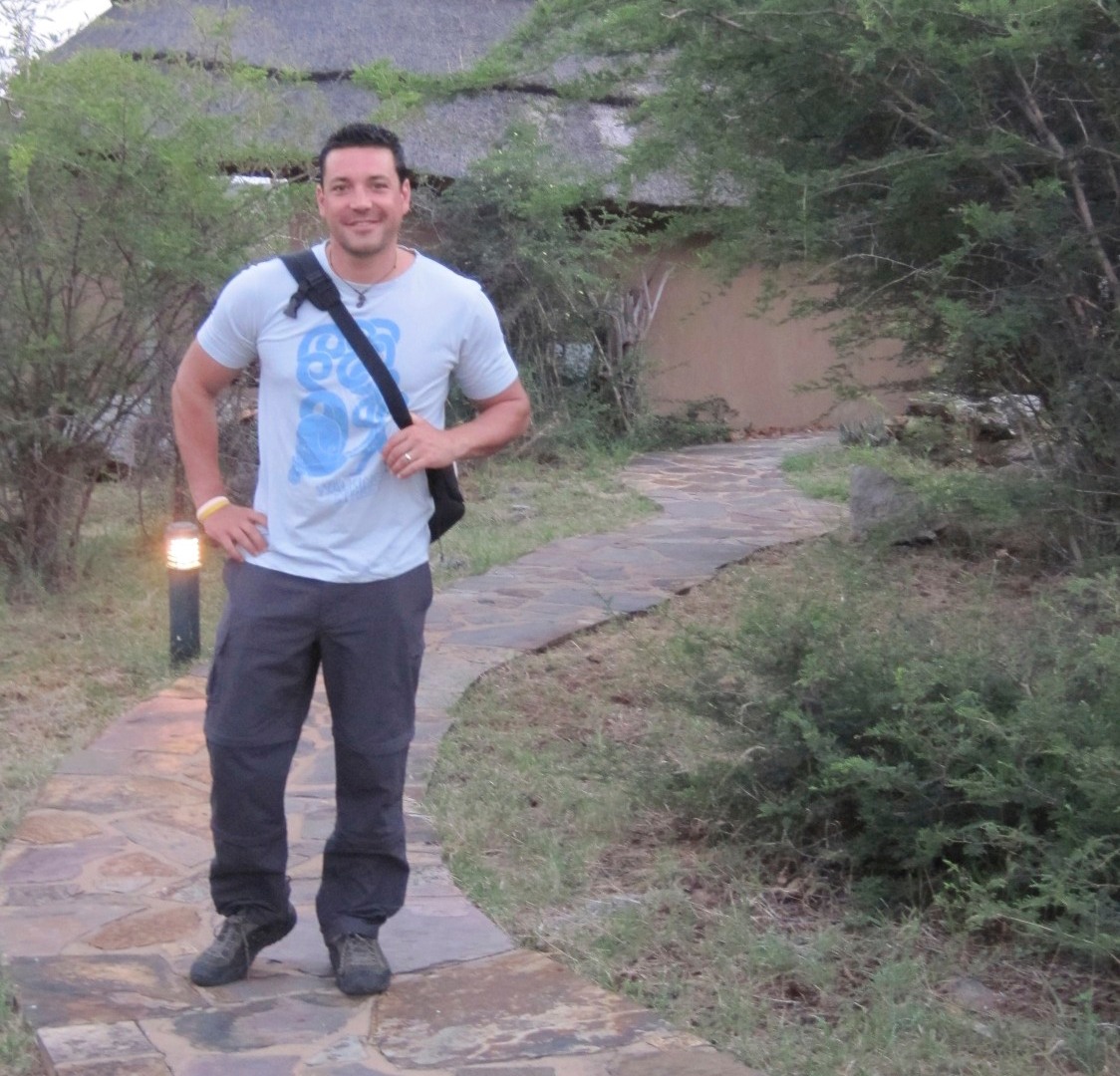 We grabbed our super early cup of tea and biscuit before jumping in the jeep to take our last safari ride with this lodge. Our morning started out with a big male elephant, some guinea fowl and a kudu. We also saw another warthog and a tall Giraffe. Even though we were starting to see animals we had seen on different drives…it was still fun since they were wild.

We stopped for our morning coffee and snacks and then decided to drive over to that buffalo carcass we had seen the other day. When we were there before…the lions were still picking at it even though many maggots had begun to decompose it, so we weren’t sure if there would be anything left but…if there was, then surely an animal or two would be around it.

We went off the road into the bush…and saw a brown hyena with an animal bone hanging from his mouth. The ranger explained how the hyena’s do not hunt for their own food…they are scavengers and work in packs to take over whatever was killed. They hackle back and forth with each other communicating, and then assuming there isn’t a large male lion around, they proceed to chase out other animals and then steal the food for themselves. So, we were seeing the brown hyena in action stealing a snack off the buffalo carcass. We looked around through the tall grasses and saw another hyena.

Then…we heard a loud roar…the male lion was sending a warning as he came over towards his food. It was actually quite intimidating knowing the large male lion was nearby and coming straight towards us (since we were sitting right by his food). The hyena’s quickly made their way out of the area and within seconds we saw the lion. He was HUGE and his mane long…this was the alpha male. He picked on the carcass a bit even though it had millions of maggots…and was almost decomposed.

What a cool way to end our last safari ride…up to that point, we had only seen the two alpha males sitting and resting. The male was definitely not to be trifled with…we did not get as close to him as we did the lioness…let’s not push our luck!

Back at the lodge, we relaxed for a bit and then packed up our things. The ranger helped us load our stuff into his jeep. We checked out, tipped the staff and were on our way to the next lodge to check in!